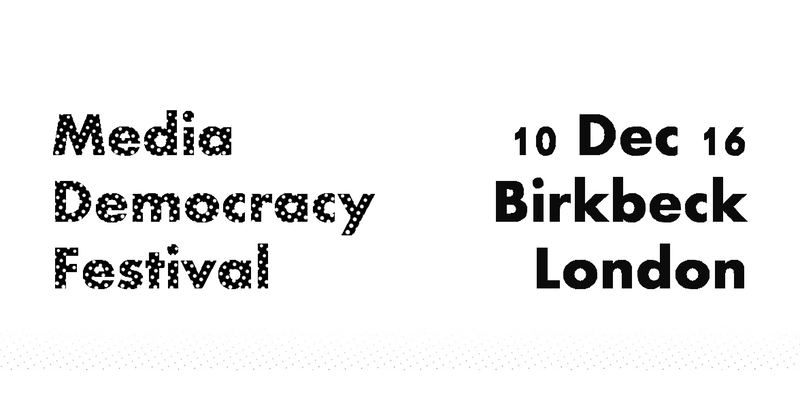 In the UK, a handful of giant corporations control the nation’s TV channels, news outlets, radio stations, search engines and social media platforms. This has given wealthy individuals and organisations huge political and economic power and enabled them to distort the media landscape to suit their interests and personal views. Urgent reform is needed to reclaim the media in the interest of the public and to provide media free of bigotry and capable of holding power to account.

The Media Democracy Festival, supported by the CPBF, aims at helping to build the movement for democratic and accountable media. Join us if you think media moguls and press barons have too much power and influence in our society, want to protect and democratise the BBC, would love to see media co-ops in every community or just work as an independent journalist, photographer or film maker. Our goal is to build a diverse and powerful movement for Media Democracy in the UK.

Join us on 10 December at Birkbeck, University of Westminster, London, to discuss how we can work for a media that informs, represents and empowers citizens.

Kerry-Anne Mendoza, editor-in-chief of ‘The Canary’

Peter Jukes, author of ‘The Fall of the House of Murdoch’

Prof Annabelle Sreberny, Director of the Centre for Media and Film Studies, SOAS