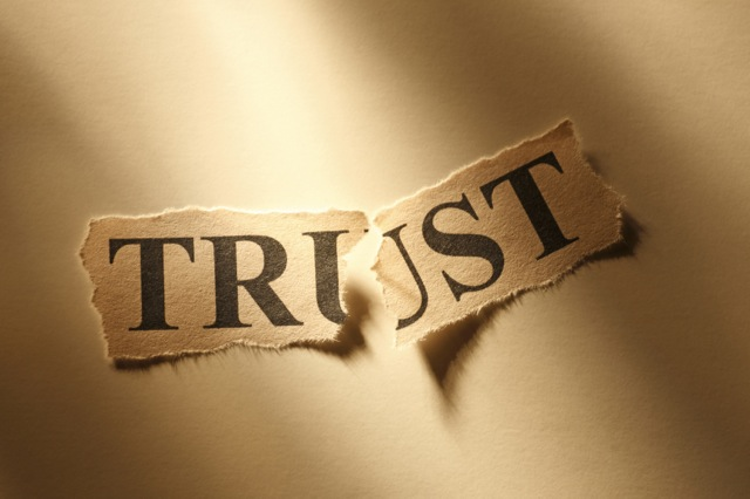 On 16 February 2013 in my blog ‘Journalists trusted as little as bankers’ I reported the results of a Ipso/MORI poll which reported that journalists and bankers were trusted by just 21% of the people. The bottom group at 18% was taken by politicians. You would have thought that post the Leveson Inquiry, public perception of journalism might have improved. In fact its got worse.

A new YouGov poll for IMPRESS, the recently approved Leveson compliant press regulator, has revealed that public trust in the press is at an all-time low. Only 11% of people in the UK trust journalists at mid-market newspapers such as the Daily Mail and the Daily Express to tell the truth whilst fewer than one in ten trust journalists at tabloids such as The Sun and the Mirror. Journalists at broadsheets and local newspapers fare a little better, with just 36% of the public trusting them to tell the truth.

When asked how they would describe the British press, the most common responses included words such as ‘liars’, ‘untrustworthy’ and ‘unreliable’. Other common answers included the words ‘exaggerated’, ‘sensationalist’ and ‘fake’.

According to a news release from IMPRESS, respondents to the poll, which was carried out on 29-30 November 2016, were asked what was most important to them when deciding which newspaper to read in print or online. The most common factor was ‘decent standards of journalism’ (50%). Only 9% of the public are confident that, if they were personally harmed by a newspaper, they could afford to take the publication to court.

All figures, unless otherwise stated, are from YouGov Plc. The total sample size was 1,578 adults. Fieldwork was undertaken between 29-30 November 2016. The survey was carried out online. The figures have been weighted and are representative of all GB adults (aged 18+). Download the pdf at: http://www.impress.press/downloads/file/research/impressresults_161130_pressregulation_v2_website.pdf

Trust in the national press has been calculated by finding the mean trust in broadsheets, mid-markets and tabloids from polls conducted by YouGov in November 2016, May 2006 and July 2011. See https://d25d2506sfb94s.cloudfront.net/cumulus_uploads/document/usfthvzt97/YGtrackers-Trust.pdf for YouGov’s trust tracker.

All this comes at a time when we are facing a second bid by Murdoch (through 21st Century Fox) to take over the remaining 61% of shares he does not own in the satellite broadcaster Sky. It’s worth £11.2bn  and comes five years after his previous attempt to take full control of the company, which failed (it was withdrawn) after a strong campaign and the ‘phone hacking revelations.

And just hours after IMPRESSS was granted recognition, the culture secretary unexpectedly reopened the issue of press regulation by questioning whether Leveson 2, meant to investigate corrupt dealings between the press and police, was still necessary. Karen Bradley MP said that she was launching a public consultation (closing on 10 January 2017) on costs provisions for victims (she has refused to implement section 40 of the Crime and Courts Act 2013 which could lead to publishers who fail to join IMPRESS being liable for the legal costs of parties suing them, even if they won) and the second part of the Leveson Inquiry into police corruption. The latter has been delayed by continuing criminal actions over the ‘phone-hacking scandal involving News International which prompted the Leveson inquiry in 2011, but no doubt the Metropolitan Police will also be delighted if it never takes place.

This move comes as a result of pressure from the newspaper publishers, despite agreement by the main policial parties in Parliament after the Leveson report. The proposals on costs were key reforms put forward by him, but are hated by the publishers who have been very effective in lobbying the government. They hope that both provisions will never see the light of day so that they can revert to it being ‘business as usual’ with the vast majority of them supporting IPSO the ineffective and so called Independent Press Standards Regulator, which is funded and totally controlled by the industry and does not comply with all of Leveson’s recommendations on independent press regulation.

So the next few weeks will be critical for the future of media ownership and press regulation. Stopping the Murdoch bid for Sky – please sign the petition at: https://you.38degrees.org.uk/petitions/stop-murdoch?source=twitter-share-button

You also need to reply to the government consultation, so please go to:http://hackinginquiry.org/comment/the-governments-consultation-on-the-press-amber-rudd-and-karen-bradley-are-trying-to-deceive-the-public/