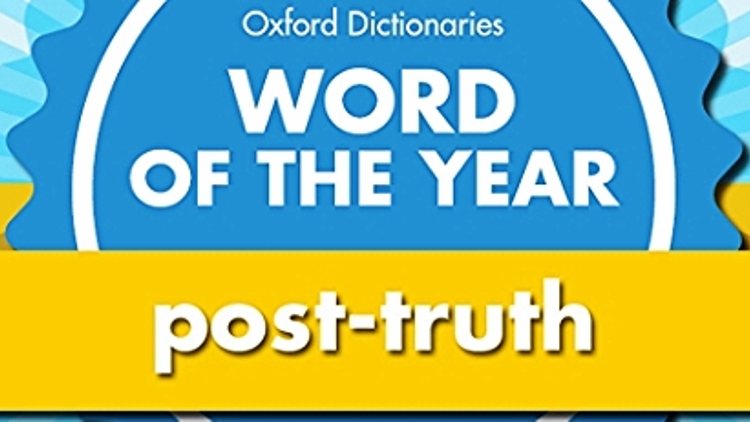 The fuss about fake news and post-truth politics reminds me of the fact that the country Donald Trump will soon begin to govern bears the name of a fraudulent explorer whose fake records of his adventures on the far side of the Atlantic were picked up by an early cartographer with an eye for a marketing opportunity. And so, Amerigo Vespucci’s name went down in history, not because of his achievements, but because of the stories he invented about himself in order to please his patron, Lorenzo di Medici.

Post-truth politics has been with us for a long time.

After the brouhaha, we can see Boris Johnson’s referendum porkies and Trump’s ludicrous promises for what they were. Politicians (even aspirant ones) lie. But the media seem once to have held them to account. Today, budget cuts, 24-hour news, political agendas, opinion and entertainment masquerading as fact, and an increasing reliance on content generated by the public and PR machines have helped undermine old-fashioned news values. The culture has changed.

Although fakery is seen as a phenomenon of social media, all of the media have been complicit in creating today’s fake news. All the media reported Johnson and friends with a straight face, never questioning the plausibility, much less the truth, of their claims, seemingly crediting them with rationality if not intelligence. All the media promulgated the rumours and fantasy policies that constituted—in the absence of any actual experience or qualifications—Trump’s application for the position of President. They’re still at it today.

But social media may well have started the fake news explosion. Possibly it began with the arrival of “citizen journalism” over a decade ago, when digital technology opened up news production to anyone with a mobile phone, and the mainstream media embraced it. The result was a flood of intemperate blogs and posts, and the occasional well-documented hoax.

Things now seem so bad, and conventional news channels so impoverished, that Facebook is within spitting distance of becoming America’s major source of news. The Pew Research Center says 66 percent of US adults—or 44 percent of the general population of the US—use Facebook as a news source. And Facebook is central to the way fake news happens.

Facebook uses computer algorithms to select news posts from feeds supplied by a range of sources, which often lack independently verified credibility. Many of these sources will be the websites used to create rumours in the first place. In the Trump case, the process involved a variety of pop-up websites with names like WorldPoliticus.com, TrumpVision365.com, and USConservativeToday.com. They are typically “clickbait” sites, intended to entice people to click on links using eye-catching headlines and images. During the Presidential elections, pro-Trump sites already had a huge advantage in terms of attracting traffic.

According to one person who worked on clickbait sites, writing on the Guardian website: “Most [clickbait sites] rely heavily on Facebook.” Their object may be to generate revenue by enticing people to click on links using eye-catching headlines and images, ending up on pages with paid ads. The sites I’ve investigated are aimed specifically and exclusively at promoting rumour and fake news on Facebook (and Twitter). A network of pro-Trump websites and Facebook pages, like USA Newsflash, USA Daily Politics and MediaZone News, are all linked and endlessly circulating the same rumours and fake news in the echo-chambers of the internet.

It is often possible to detect a fake website because of its amateurish design, its poor grammar, its tendency to overuse upper case type and exclamation marks, and the fact that it will probably be built using off-the-shelf WordPress templates. But the link to Facebook can help build trust in content. Once inside what one writer has described as “Facebook’s walled garden”, which removes the context of a post making them all look alike, it becomes harder to distinguish truth from rumour and lie.

You can be pretty sure that a story headlined “BREAKING: TRUMP JUST MADE FIRST MAJOR ANNOUNCEMENT AS PRESIDENT” is fake because it is dated 14 November 2016 in its earliest (but by no means its only) appearance, on the americanreviewer.com website. The capitals and use of the word “BREAKING” are signs, and it’s a simple matter to use a search engine to identify the sites featuring the identical story. Here are a few: nationalinsiderpolitics.com, departed.co, nbcpoll.co, lockerdome.com, rightforever.com, conservativefighters.com, usanewsflash.com, endingthefed.com

Most of these sites are only intended to send stories to popular Facebook pages read by right wingers, racists, creationists and capital punishment enthusiasts. Many of them have only existed since earlier in 2016. Clearly, a programme of creating and organizing pro-Trump sites to share lies and rumours was part of his campaign since at least January 2016. The project itself may have leant towards illegality. Certainly it was unethical.

Of course, internet companies are eager to express concern over all this. Facebooks’s CEO, Mark Zuckerberg, recently admitted that there is a problem with fake news. “We take misinformation seriously,” Zuckerberg wrote on his Facebook page. “We know people want accurate information.”

Google’s CEO, Sundar Pichai, has admitted that fake news stories could have had an impact on the US election. “At Google we have always cared about bringing the most relevant, the most accurate results to users,” he told the BBC, “and that is where almost all of our work goes at the end of the day.”

But the problem is that social media platforms have no culture of journalism or any understanding of journalism ethics. Yet they are publishing something that looks like news. They rely on automated processes to do things that, as yet, can only be done reliably by experienced and trained human beings, and they do not want to invest in the human capital necessary to ensure that fake news is not allowed to run rampant.

Producing trustworthy news is vital to the health of democracy and our polity, and democratic governments have responsibilities in the matter. For example, to establish and support an independent system of oversight for news sources (like an independent press standards organization as Leveson conceived it); and to protect public service news providers from the dead hand of the commercial market—and from government interference itself. It makes the involvement of government ministers, or an entire administration, in the invention and exploitation of fake news doubly worrying.

In Britain there is real concern that our current government is out to destroy public service broadcasting, as it is intent on destroying the NHS. In the US, Donald Trump has effectively declared war on press freedom by promising, in an interview on Fox News last February, “to open up our libel laws so when they write purposely negative and horrible and false articles, we can sue them and win lots of money.”

Of course, news consumers have responsibilities, too. We should never read news without questioning its veracity, looking for supporting evidence. And we should never, ever vote for anyone on the basis of news stories issued by unaccountable sources with no record of truth-telling, designed solely to blacken the reputation of political opponents. And I mean you, Boris and Donald.

A version of this blog has been published in Freepress 209.