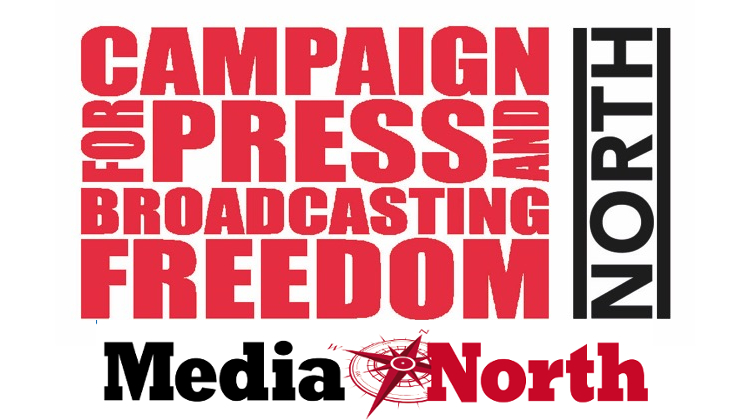 CPBF(North) covers the North West, Yorks & Humber and North East of England. We also have supporters in Scotland.

CPBF (North) highlights threats to regional media such as the assaults on jobs and conditions in local and regional newspapers, and campaigns for strong regional voices in broadcasting.

CPBF (North) holds public meetings. If you agree with the need for diverse, democratically accountable media, we invite you to be part of our Facebook group. You can also follow us on Twitter @campaign_and

Back issues of MediaNorth and the six copies of ElectionWatch which we produced during the 2019 general election are available online at: http://coldtype.net/MediaNorth.html

You can also watch the recordings of the very successful Leeds conference It’s The Media, Stupid! here too.

CPBF (North) have been successful in receiving £3,750 funding from the Joseph Rowntree Reform Trust to take forward work on media reform in 2020.