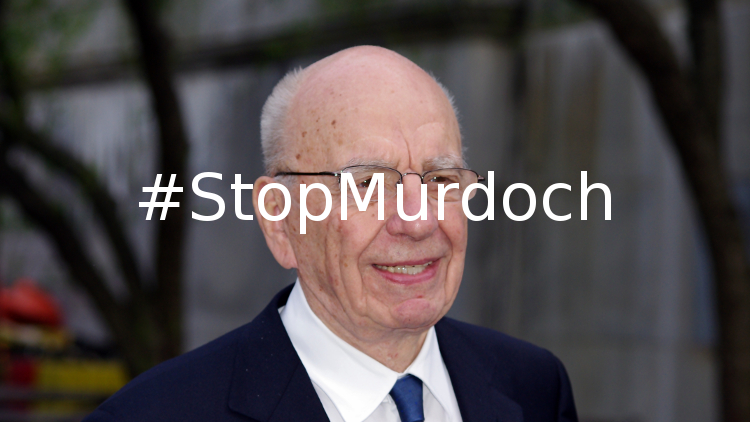 “Rupert Murdoch 2011 Shankbone” by David Shankbone is licensed under CC BY 2.0

DESPERATE MEASURES are being taken by the Murdoch media companies to shore up the bid to buy up Sky TV.

Culture secretary Karen Bradley was expected to announce that she will refer the bid to the Competition and Markets Authority as Free Press went to the printer. In July she said she was “minded” to do so after a report from the media regulator Ofcom that it would hand the Murdochs too much control over UK media and threaten their diversity.

The threats to the deal are all of the Murdochs’ own making – from the abuse of their media power, from legal actions over the phone-hacking and illegal information gathering at the London papers, from political reactions to their racism and Islamophobia, from the sexual harassment scandals at Fox TV, its crude right-wing propaganda and fake stories …

All of these were exacerbated over the summer as Karen Bradley was making up her mind:

After publication of Trevor Kavanagh’s piece The National Union of Journalists demanded that the press self-regulator IPSO carry out an immediate investigation into the prevalence of Islamophobia, racism and hatred in the press.

He raised similar outrage last year by his support for an attack by former Sun editor Kelvin MacKenzie on Channel 4 journalist Fatima Manji for wearing a headscarf while presenting news about a terror attack in France. Fatima Manji complained to the IPSO which, unsurprisingly, threw out her complaint.

Kavanagh then wrote an article saying she had “made a fool of herself”, since wearing a headscarf was a “provocative gesture. She knew precisely what she was doing,” he wrote.

Kavanagh is a member of IPSO’s board and a cross-party group of MPs and peers wrote to IPSO to express “great concern” at his comments in that role.

Earlier this year MacKenzie himself, for many years one of Rupert Murdoch’s closest colleagues, had to be sacked over an article criticising mixed-race footballer Ross Barkley over his appearance.

In Ireland, Kevin Myers was sacked for an article commenting on the publication of the high salaries paid to some BBC presenters, in which he observed that the two highest-paid women on the list, Claudia Winkelman and Vanessa Feltz, were Jewish.

Under the headline “Sorry ladies, equal pay has to be earned”, he wrote: “Good for them. Jews are not generally noted for their insistence on selling their talent for the lowest possible price, which is the most useful measure there is of inveterate, lost-with-all-hands stupidity.”