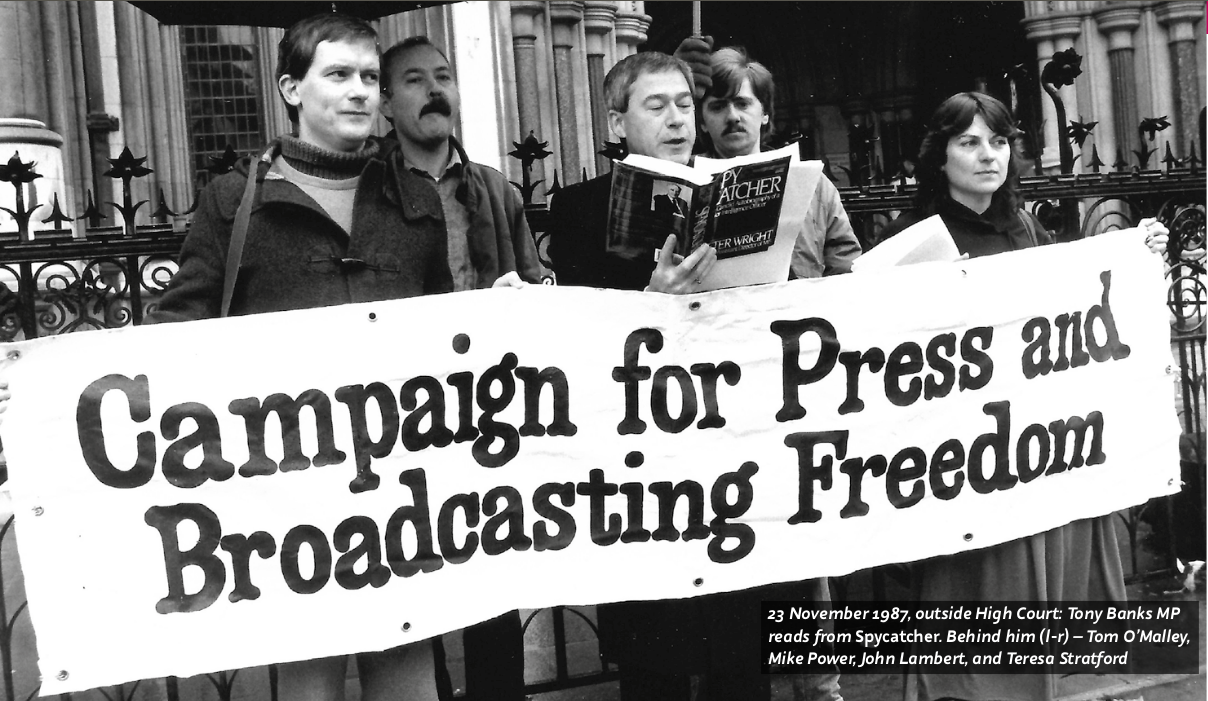 In 1986 the Report on the Committee on Financing the BBC chaired by Alan Peacock was published. It laid out a future in which public service broadcasting would become an ever-decreasing element in a world of commercially dominated communications.

With Greater London Council funding, the CPBF, along with trade unions, campaigned vigorously against the main thrust of these proposals. In Free Press, at public meetings, and in publications like Switching Channels (1988) we put the case for accountable, diverse public service broadcasting. We promoted media reform in the trade unions and the Labour movement, producing motions for debate and organising meetings across the country.

In 1987 the government banned the publication of Spycatcher in the UK. It contained revelations about the murky world of the security services by the disaffected spy, Peter Wright.

Copies were smuggled into the UK, and the campaign organised a public reading of passages from the book in Hyde Park with Tony Benn.

We followed this up with a rally and then helped produce, promote and sell Leon Rosselson’s Ballad of a Spycatcher. We also played a major part in showing copies of the banned Zircon television programme – about Britain’ secret military satellite – at public meetings.

We supported the printers in their struggle against Murdoch at Wapping in 1986, and in that year produced our first Media Manifesto – outlining our policies for a fair, accountable, diverse media. We also produced Chris Searle’s Your daily dose: racism and The Sun (1989).

These are just a few of the numerous activities the Campaign’s members engaged in. We promoted a critical, progressive, popular perspective on media reform during turbulent years.

Tom O’Malley is Emeritus Professor of Media at the University of Aberystwyth and worked for the CPBF from 1986 to 1989.