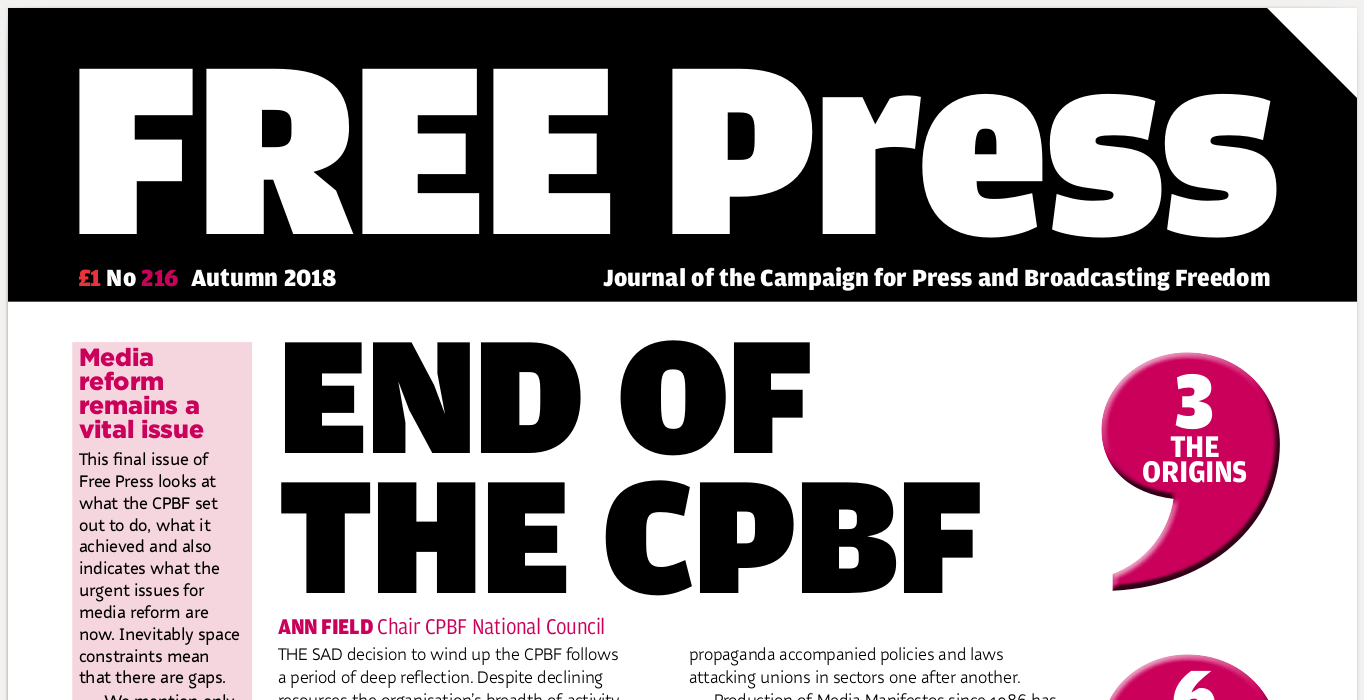 This final issue of Free Press (.pdf) looks at what the CPBF set out to do, what it achieved and also indicates what the urgent issues for media reform are now. Inevitably space constraints mean that there are gaps.

We mention only a few of the books and pamphlets produced over the years by the CPBF. Free Press did special supplements when the US bombed Afghanistan in 2001 and the Iraq War in 2003. We produced posters mapping who owned the media. We campaigned against the Tory Broadcasting Ban. We organised conferences, public meetings and much more.

The CPBF has been an energetic, critical voice from the left urgently promoting policies for media reform. In recent years its ability to fulfil that role has diminished and the decision to wind up the organisation had to be made.

For me, involved in the North and nationally with the CPBF since it was set up, this is a sad moment. But, because I feel the organisation’s achievements need to be celebrated, I am proud to edit this final issue of Free Press.

However, I echo Bob McChesney’s comment in this issue: “This is no time for nostalgia”. Media reform remains a vital campaigning issue.